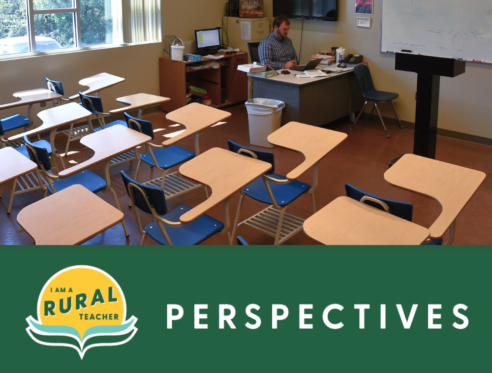 BAKERSFIELD – Save his own, rows of neatly-lined desks sit empty in Kyle Dillinger’s classroom. An English teacher at Bakersfield High School, Dillinger speaks into his computer, recording as he reads aloud for his students.

“I like to have a recording of me reading it in case they don’t understand,” he says.

He’s preparing to teach virtually as the district, located deep in Ozark County and just north of the Arkansas line, opted to go online for two weeks starting Sept. 16 because of a rising number of staff and student quarantines related to COVID-19.

Most students will learn through Zoom meetings with their teachers.

However, around 17 percent of the district’s students — 65 out of 380 — do not have internet access at home at all.

For those students, lessons will be recorded, loaded onto flash drives, and distributed to students once a week.

“You’re going to be a few days behind, but that’s really the best we can do,” says Doyne Byrd, middle school and high school principal for the Bakersfield district. “You can just save your work back to the flash drive. All of our teachers are keeping regular office hours so if you watch a lesson and you don’t get it … you can call and we can get you in touch with the teacher.”

As the district anticipated needs for the coming year over the summer, technology was a top-of-mind issue.

Administrators believed it was only a matter of time before they would be forced to pause in-person classes, and instead utilize a virtual format of learning. While a challenge in any district, it’s an especially difficult reality for rural schools like Bakersfield, where spotty internet service and general broadband access hamper connectivity.

“We had teachers on a waiting list that live in downtown to try and get internet at home,” says Byrd. “Right here, I have no cell phone service sitting here in the school.”

In preparation for the upcoming year, a survey was sent to parents inquiring about level of internet access at home.

It revealed that around 314 students have home internet access, 312 have cell service at home, and 65 have no access at all.

“A lot of that appears to be the internet access is hotspots for a lot of people,” says Byrd, noting some of the comments on the survey: “‘Very spotty cell service, sometimes we have cell service, hotspots.’ We have many comments about poor service through their cell phones…”

Part of the issue is a lack of infrastructure. According to the Missouri Department of Economic Development’s website, around 20 percent of Missourians do not have access to high-speed internet. The site also shares information about efforts that are underway to close the gap in technology.

It tells about a variety of grants, as well as the $20 billion Rural Digital Opportunity Fund, which was launched by the Federal Communications Commission in February to help close the digital divide.

“This summer, you could see them running fiber everywhere,” Byrd says. “You saw the infrastructure being worked on. The federal government is throwing money at internet access. If you as a phone company will run to a rural area, they are paying out the wazoo to try and get phone companies to do it.”

However, while things may be improving some places, Bakersfield and the surrounding areas have not been absolved of their issues.

One individual who knows about that firsthand is Jennifer Bridges, the high school secretary, whose daughter is a sophomore.

“We don’t have internet, so what signal we have on our cell phone (but) we have to sit outside to get it,” says Bridges. “She’s going to be kind of sitting outside to do homework.”

“She’s anxious about it. She’s afraid she’s going to miss something.”

Bridges hears from others in the district on another issue that complicates their connectivity: the cost of access.

“A lot of families are financially challenged, so they don’t have the funds to pay $100 for internet,” she says. “It’s hard enough on them to get food on the table.”

According to Byrd, around 65 percent of the Bakersfield student population qualifies for free and reduced lunches, an indicator of poverty.

To help meet that need, the school offered weekly pickups of food from March to July through which families received enough food for four children for a week. Just days ago, the district also began offering breakfast and lunch to all students free of charge, and expect to do so through December.

“We are not doing food this week,” says Byrd of time when students are learning at home. “We’re waiting to see how many parents contact us and say we need something. If they do, that’s something we’ll probably start back up again.”

As the district prepared to go virtual early this week, students and parents arrived at the school on Monday and Tuesday to pick up their supplies.

Some of the materials include Chromebooks, which are now available on a one-to-one ratio for students third grade and above. Younger students are currently being given packets to learn from.

“We’ve got a backorder of another 140 Chromebooks to get one to one K to 12,” says Byrd. “You can’t find a Chromebook in the United States right now. Every school is trying to do the same thing.”

One of the parents is Ashley Harper, who came to receive supplies for four children.

As someone who works from home, and has internet access because of her job, Harper is likely in a different situation than many parents in the district with regard to connectivity. But she also points to the emotional challenges of trying to help a young child understand and adjust to different routines.

“It’s a huge setback for a kindergartner who struggled to leave his mom,” she says.

“I understand the reason why behind it,” she adds, speaking of the decision to go virtual, but “as a parent who just got into a routine … I wish they were in school today.”

“And we wish they were here,” says Byrd.

Brayda and Branch visited the school on Tuesday to pick up supplies for online learning.

Back inside, the quiet halls speak to the unpresented times.

The bright, sunny September Tuesday would typically find children in class, still getting in the groove of the new school year.

This year, they spent their first few weeks practicing with their Chromebooks so they were ready and aware of how to use Zoom when, not if, a shutdown came. Byrd believes this preparation will pay off in the end.

“I think it’ll be fine,” says Byrd of the school year. “I think it will work out for everyone. I think everyone is so much more prepared today than they were last March.”

“We weren’t thinking long-term enough last March when all this hit. I was thinking we’d be out of school for two or three weeks. And then they next thing you know, the last nine, ten weeks of school we’re let out. I think this time, every school is going to end up having to shut down for a couple-week period. I think everybody will adjust to it and continue on.”

In the meantime, and despite the technology challenges, Byrd says that smaller districts such as Bakersfield offer students an advantage.

“Our teachers know our students and know our students’ families,” he says. “I think we have a lot better chance of keeping kids from falling through the cracks during a situation like this than a big school does. Our high school teachers generally know who all of our middle school students are. Yesterday, our elementary principal delivered Chromebooks and packets to kids. Instead of having people get them, he went home to home.

Back in the high school English classroom, still empty, teacher Dillinger talks about his own hopes for the year. His wife is also a teacher at Bakersfield, and the couple has talked about how to handle classes should they become quarantined and unable to leave the house.

“We live just right outside West Plains’ city limits, and our internet’s not good enough for us to both use Zoom at the same time,” he says, noting that they discussed splitting the class periods so one could teach at the beginning and the other at the end if necessary. “So if we are quarantined at home, we wouldn’t be able to keep doing what we’re doing.”

“I hope we can keep coming to school (to use internet) or we’re going to be in trouble.” 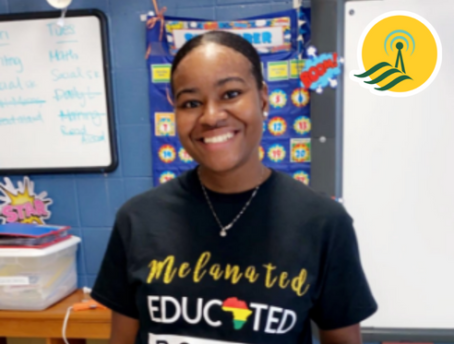 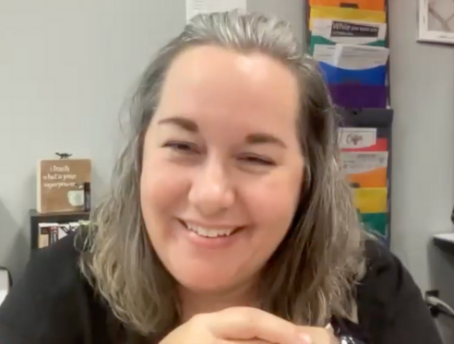 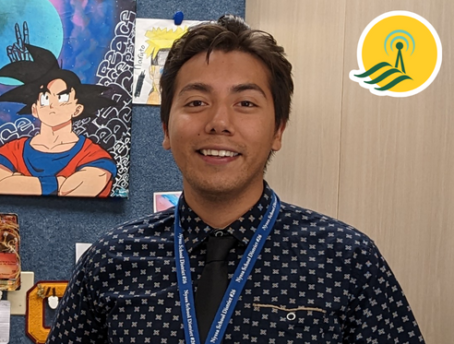