Cultivating the Next Generation of Community Leaders 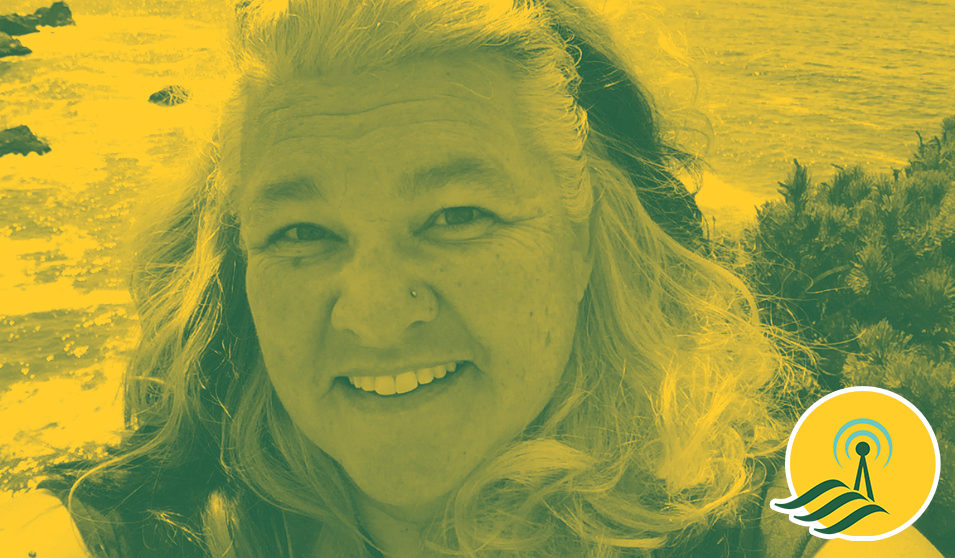 Jan Mathews, a middle school science teacher in Gridley, California, shares her experience with cultivating the next generation of community leaders for this episode of the IAART Podcast.

Listen to the Podcast here:

You can also find our podcast on Apple Podcasts, Stitcher, Google Podcasts and Spotify.

Teaching students the academic skills needed to succeed in the world is only one aspect of a teacher’s profession.Teachers have the task, and privilege, of shepherding students through foundational moments, and educating them not just about language arts and science but about how to be a person as well. In a rural setting, this work is amplified when students spend their whole school experience together, and when teachers often see the same students for years at a time. The impact of even one teacher can shape the human ecosystem of an entire community for generations. Jan Mathews, a middle school science teacher in Gridley, California, shares her experience with cultivating the next generation of community leaders for this episode of the IAART Podcast.

Jan recognizes that student leadership in the community begins with how it is nurtured in the classroom.

Jan is a born and raised Californian hailing from the suburbs of the Bay Area. She moved to the North State region with her family and though she had a successful career in retail, she recalls wanting to be part of her children’s education and becoming involved with dual language programing was the spark that inspired her to take the jump into a new career:

“I just didn't have time to be all of those things and be doing this retail thing where I was traveling. I wasn't available and there was some general dissatisfaction with, ‘Really? Is this going to be the mark I leave on the world?’”

“I am a leader in the community that is my classroom and is my school.”

She quickly applied to be a substitute teacher, and on the first day received a call to fill in for seventh grade science and P.E. at a neighboring rural school:

“I thought, ‘oh no! I like the science, great,’ but I thought, ‘P.E.? You've got to be kidding me.’ But they gave me a whistle--that is the best tool a teacher can have is a whistle. I got out there and...you know there's always those students who just want to help you? So I said, ‘Okay tell me what we do,’ and they're like, ‘We do jumping jacks.’ Ok; like how many? They said, ‘25,’ I said, ‘Do I get to blow the whistle?’ They're like, ‘Yes; every five.’ So, it was like one, two, three, four; one, two, oh it was the best day because I had this whole like sea of little people who were working together, and they were listening to me, and I had no idea what I was doing.”

That first experience in a rural school fully swayed Jan to becoming a teacher:

“I think probably within the week I had sent a letter to Chico State University and just said, ‘Hi. I'm interested in your program. How does one go about this,’ and the rest is history.”

In characteristic confidence, Jan launched her new career and is now a seventh and eighth grade science teacher at Sycamore Middle School in Gridley, California. Feeling like she found her life’s passion, she remembers starting out:

“I just remember going in and standing in that room and looking around and thinking what's gonna go on in here.”

“It was the best day because I had this whole like sea of little people who were working together, and they were listening to me, and I had no idea what I was doing.”

From the very beginning, Jan saw an opportunity to create a classroom environment where it was alright, and encouraged, to be vulnerable and to take risks, as those daunting steps are essential for what shapes us into who we are:

Portraying that courage in her day-to-day actions is one of the greatest lessons Jan feels she can show to her students:

“I wouldn't say I'm fearless, but I would say I'm less afraid to make mistakes than I ever have been. I think kids watch that and say, ‘Well, Mrs. Mathews just totally bungled that, and here we are. She's still here. We're still here.’ I think that that's modeling--just being a human.”

The value of life lessons is also embodied by Jan’s favorite lesson to teach. She starts each year with a lesson exhibiting the power of collaboration:

“Their task is to take a square piece of paper...and what they end up with is a small square of paper that has three sections on it, and everybody's is different...When I'm having them do this, I purposely put--if there's five students at the table, I put three pairs of scissors to cut the card. If there's four students at the table, I put two sharpies to do the coloring, and I watch them. Then the last part is they can only touch their own piece of paper and they have to match them up the whole entire class...Then we do a reflection piece and I talk about the three ways of working together:...competition cooperation and collaboration.

“In competition it's you're doing your own thing and you're trying to do it better than someone else or faster...Then there's cooperation where somebody says, ‘Hey I'm done with the orange pen. Can I trade you for the yellow pen?’ So, you're still doing your own thing, but you're working with someone else and you're trying to help them get their thing done...Then there's collaboration. That's when you took your piece and...you had to work with everybody else to make one thing together.

“I put them together and laminate them and hang them in my classroom so it's a reminder every day that they see that they can compete, they can cooperate, and they can collaborate.”

For Jan, guiding by example, demonstrating humanity, and enabling students to participate in their own education process are central to the place-based aspects of her curriculum:

“Those kinds of lessons are the lessons that kids remember...Anytime I can connect a student's human-ness with their desire to learn something, with their desire to achieve something, with my desire for them to learn something--anytime I can put those things together and connect it to something in them, it's a good lesson...When they can speak from their own self and bring that to the classroom, I think it's really valuable for everybody in the room...there's this reciprocity that makes that learning so much richer.”

By helping students recognize the importance of connecting to each other and their shared place, Jan provides them the pathways to become leaders in their school and community:

“We were talking about recycling perhaps or litter, and I said…‘Do you think litter's a problem?’ And they said, ‘Well kind of; I don't know.’ And I said, ‘Well let's find out.’ I gave every kid some gloves, I gave...my table leaders a bag, and we went out, and I said, ‘Okay; go! You got 30 minutes to pick up trash.’ Then we brought it in, and we weighed it, and we looked at what was in there, and what kind of garbage was being thrown around...They owned part of their school; they took ownership of a place that they spend a lot of time. I think anything can be place-based learning if that's the outcome: when you take ownership of a place.”

“When they can speak from their own self and bring that to the classroom, I think it's really valuable for everybody in the room...there's this reciprocity that makes that learning so much richer.”

Jan is also a Celia B Godsil Grants in Place Fellow, an annual grant program offered by Rural Schools Collaborative for teachers to plan and implement a place-based project in their school. Building on her belief in enabling students to take ownership of their own growth and development through inquiry and exploration, Jan used the grant to allow students to transform an under-utilized space on campus into a community hub:

“One of the things that this particular school really feels is a sense of...an extended family. When I first started here a couple of years ago, the word was ‘legacy,’ and I struggled with that because I didn't know...what it meant for me as an educator in this new place. What I realized was it's the thing that I leave that might not be a physical thing, it might be an idea, it might be a practice, that then gets passed...That was what I had in mind when I applied for that grant…‘Hey, a group of kids were here who cared about this place,’ and for us what better way to do that than to take something that had been dubbed ‘the pit’…and...we gave it a facelift. Now when I walk past that area at lunchtime,...they're out there in that area, under these brilliant red umbrellas, having lunch, getting to be with their friends that they haven't seen over summer.”

Although she feels her work is just one contribution to her student’s development, Jan has been formative for many of her students throughout her 19-year career. Reflecting on the members of the Gridley community she has impacted, she shares about one favorite memory in particular:

“I was looking at Facebook and it was some teacher appreciation post, and I was like, ‘Oh that's so nice, look at its teacher appreciation’...Then I scrolled further and it was from one of my students to me! It knocked me off my feet because teachers never really--I don't think as a group we understand what we put out there and what stays with our students. This particular student had had a rough time...We just clicked, and she decided she wanted to go on our Washington DC-New York trip. She had no money, so we just made fundraisers...She showed up for every fundraiser, and she worked every fundraiser...She earned it all and when...we were in New York City, she came up and she said, ‘Mrs. Mathews, is this the day that we're gonna go in that museum,’ and she's pointing and I said, ‘Yes, it is.’ We're in Central Park, we're going to the Met,...and she started to cry. I was like, ‘Oh no, what's going on,’ and she said, ‘I'm gonna see a Monet’...That I could facilitate that for that young lady, and then to hear about it again years later--we're still in touch; my daughter has babysat her children now. I mean that's the kind of connection that's unusual, but any one of those little pinpoints in that story is the greatest day ever.”

Many of us have a teacher who profoundly shaped the trajectory of our lives. While we may remember a particular lesson that offered a deeper insight into the way our world works, those moments where an educator helped us walk into personhood are some of the most enduring memories. For teachers too, the ability to not only help someone become a person but also to witness that transformation is valuable beyond measure:

“My name is Jan Mathews, and I'm a rural teacher.” 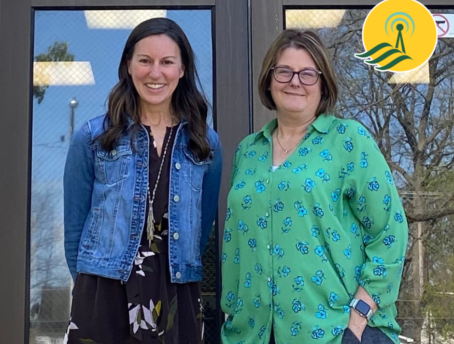 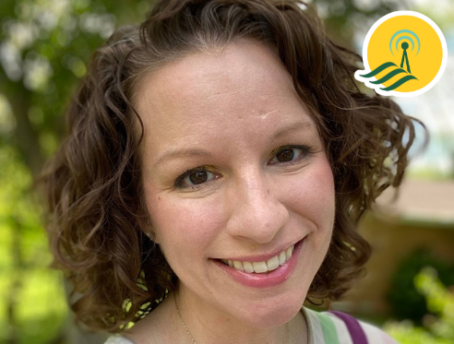 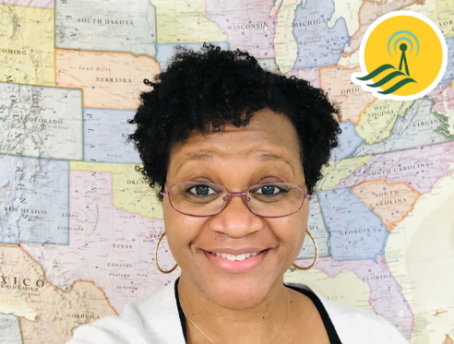